After two years in a coma, a woman from West Virginia has awoken and identified her brother as the man who beat and left her for dead in a 2020 attack.

Since that night, Wanda Palmer has been in a long-term care facility in New Martinsville, W. Va., recovering from the brutal attack that took place in her home in June 2020.

Palmer, 51, slipped into a coma after being “attacked, hacked, and left for dead,” read a statement from the Jackson County Sheriff’s Department.

Sheriff Ross Mellinger told CNN that police thought Palmer was dead when they found her.

Palmer was discovered in an “upright position” on her couch, breathing shallowly, and she appeared to have been bludgeoned by a hatchet or axe, the sheriff said.

Without much evidence, local police were unable to identify Palmer’s attacker and her case remained unsolved.

About two weeks ago, Palmer’s care facility contacted the police to let them know that she had come out of her two-year coma, as first reported by West Virginia Metro News.

Medical staff at the facility told authorities that Palmer was able to speak but still suffered from brain damage as a result of her assault. Despite that, Palmer was able to to identify her assailant as her brother Daniel Palmer and provided enough testimony for police to obtain an arrest warrant.

Mellinger said that Palmer was coherent but could only answer yes-or-no questions and wasn’t able to hold full-length conversations.

“The keys to the whole thing lay with the victim herself and with her unable to communicate we were left with nothing. Now, lo and behold, two years later and boom, she’s awake and able to tell us exactly what happened,” Mellinger told Metro News.

Police arrested Daniel, 55, on July 15 for the attempted murder and malicious wounding of his sister. His bond was set at $500,000.

“He didn’t give us any fight or anything. There was a little bit of surprise, but not entirely,” Mellinger said of the arrest.

Mellinger told CNN that during the initial police investigation, one witness in the area reported seeing Daniel on his sister’s porch around midnight on the night before Palmer was discovered.

While an assault weapon was never found, Mellinger believes that Palmer was attacked with a machete or a hatchet.

2:07
Unvaccinated 21 year-old woman in coma, fighting for her life at MUHC

12 Best Environmental Stocks to Invest In

Mon Jul 18 , 2022
In this article, we will look at 12 best environmental stocks to invest in. If you want to explore similar stocks, you can also read 5 Best Environmental Stocks to Invest In. With growing concerns about climate change and global warming, economies around the world are making efforts to go […] 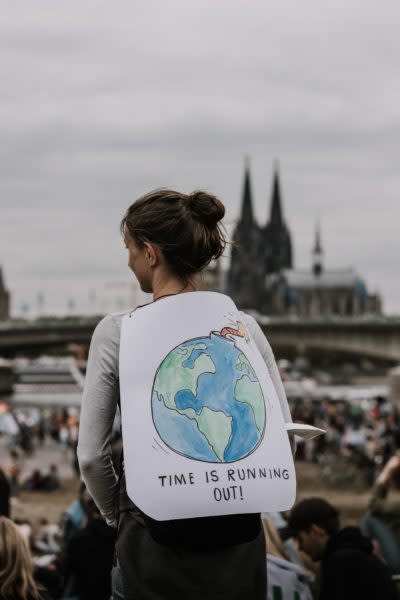