Warning: This story deals with disturbing subject matter that may upset and trigger some readers. Discretion is advised.

According to Tom McCallum (White Standing Buffalo), when Cree-speaking peoples first saw the “black robes” kneeling down and immersed in prayer, they didn’t know what the clergymen were doing.

Pointing up to the heavens, the church leaders explained, “We’re talking to Him,” said McCallum.

The moment gave birth to the Cree expression for prayer, ayamihowin, which is composed of the root words ayamiha, “talking to him or her,” kakiki, “forever or perpetual,” and simo, which means “movement or dance.” Win is added to end of the word to indicate a process underway, he said.

“We have a perpetual dance with the universe,” McCallum said, translating ayamihowin in an interview after Pope Francis touched down in Edmonton on Sunday. “It works out because we’re part of it.”

Indigenous languages have played an indispensable role in the Holy Father’s “penitential pilgrimage” to date. In Maskwacis, Alta., several languages were used in speeches, prayer and song, including a beautiful rendering of “Our Village” in the language of the Four Winds, which brought many in the crowd to tears.

McCallum, who hails from northern Saskatchewan’s Île-à-la-Crosse, said many parents did not pass on his language, Michif, to protect their children from being punished for their “nativeness.”

“Now, they don’t have to do that. They’re so proud — it’s like a breath of fresh air for them to say, ‘I’m Métis.’ They’ll feel that with the language. They feel will amazing.”

Michif, a mix of French, English and Cree, is spoken in different dialects by Métis people across the country. According to the 2016 census, there are about 1,170 speakers in Canada.

According to UNESCO’s Atlas of the World’s Languages in Danger, about 75 per cent of Indigenous languages in Canada are at risk of being lost. More than 70 were reported in the 2016 census — five of which are spoken by esteemed knowledge and language keeper Elder Henry Pitawanakwat.

Pitawanakwat, of the Three Fires Confederacy in Wiikwemkoong territory on Manitoulin Island, Ont., is fluent in Ojibwe, Pottawatami, Odawa, Algonquin, and Chippewa – all of which are Anishinaabemowin.

The Ojibwe translator for the papal tour, he said incorporating Indigenous languages into the pilgrimage is “critical at this stage.”

“The language loss came directly under the residential school system,” he explained, shortly after translating the Pope’s 1,556-word apology in real time for people to watch via web link at Ermineskin First Nation in Maskwacis on Monday.

“A lot of our people have been converted Catholics and now they don’t understand how vital it is.”

Many survivors of Canada’s horrific residential school system have described brutal physical, sexual and spiritual punishment for being caught for speaking their native tongues within the walls of their prison.

McCallum recalled speaking Michif in secret with friends at his own boarding school – St. Joseph’s – which was not considered a residential school as it was not funded by the federal government.

“I didn’t learn how to speak English until I went to school when I was seven years old,” he said. “My mom and dad were bush people. They lived off the land and from the lake.”

‘My mom’s dream’: An intergenerational survivor on why she and her daughter needed to see the Pope

McCallum, who now resides in Lac La Hache, B.C., said he attended the papal stops in Alberta on Monday and Tuesday to hear how Pope Francis plans to rectify all of the Catholic Church’s mistakes. He spoke to Global News on the road from Batoche, Sask., where 690 hectares of land was given back to the Métis Nation-Saskatchewan by the provincial government last week.

“We were the oppressed minority. Things were taken away from us, so we’d like to have them back,” McCallum said, as an example of how the Vatican can show commitment to reconciliation.

“I don’t know what it’s like over there, but I’ve heard stories of how elaborate it is and the coffers that they have. We need to work together.”

The land transfer was announced during the 50th annual Back to Batoche Days festival, a celebration of Métis culture and history. The territory near the Batoche National Historic Site is a homeland for Métis people, whose ancestors fought there during the Battle of Batoche. It was the last major action in the 1885 Northwest Resistance, which resulted in the surrender and eventual execution of Métis leader and Manitoba founder Louis Riel.

“We have agreed that this is where land is going to go, without any fighting … so that’s a peaceful way of settling it,” he said. “We can do that with the Catholic Church, the Vatican. We can do that.

“There’s still lots of anger but we have to get beyond that and see how we can work together to give the young ones a chance that are coming behind us.”

McCallum, 76, said he would like a space built for Michif immersion programs, so youth can share in the joy of speaking their language. He is re-teaching his 40-year-old daughter, who spoke it when she was younger.

2:08
Pope Francis waves, kisses babies from inside Popemobile before open-air mass in Edmonton

Pope Francis waves, kisses babies from inside Popemobile before open-air mass in Edmonton

The call for dedicated spaces and programs is shared by Pitawanakwat, who said Indigenous languages cannot be separated from the preservation of Indigenous worldviews and ways of life.

There are different “concepts and perspectives” in Anishinaabemowin that don’t exist in English, particularly as it pertains to valuing Mother Earth, he added.

“Everything was given to us by the Creator that is here on Earth. None of it was meant to be owned by any one individual or group of individuals,” he said. “We have people owning grocery chains, food chains. In every category, everybody owns the land … and yet we still survived using our knowledge.

“If you can master the language, there are solutions everywhere.”

While that work is underway, Pitawanakwat, a survivor of abuse by Jesuit priests and an intergenerational survivor of residential schools, teaches multiple Ojibwe classes a week. He is an archaeologist at the Canadian Museum of History in Gatineau, Que., and part of the federal government’s Translation Bureau.

Pitawanakwat must still translate papal addresses in Quebec City and Iqaluit, while tucking his own feelings about the pontiff’s words deep inside of him.

The Holy Father apologized on First Nations soil on Monday for the “disastrous error” of residential schools and the “evil” committed by so many Christians. During an open-air mass at Edmonton’s Commonwealth Stadium on Tuesday, he also prayed for “a future in which the history of violence and marginalization suffered by our Indigenous brothers and sisters is never repeated.”

“For him, the apology is over. For us, we have the trauma and the pain continue,” said Pitawanakwat. “I’m carrying it all in my heart.”

Meanwhile, McCallum said Métis citizens from across the country can turn to the traditional values of their people, sacred places like Batoche, and the music and movement of Métis fiddles and dances to find pride in who they are.

“That ayamihowin I talked about earlier — it’s part of that,” he said. “We’re dancing with the universe. There’s a rhythm to the universe and we dance with. We are all doing it without knowing it.”

The Indian Residential Schools Crisis Line (1-800-721-0066) is available 24 hours a day for anyone experiencing pain or distress as a result of their residential school experience.

The Hope for Wellness Help Line offers culturally competent counselling and crisis intervention to all Indigenous Peoples experiencing trauma, distress, strong emotions and painful memories. The line can be reached anytime toll-free at 1-855-242-3310.

Editor’s Note: This is a corrected story. A previous version identified the song as a Cree rendition of ‘O Canada.’ In fact, it was a song called “Our Village,” which has a similar tune.

Wed Jul 27 , 2022
After college, Michael Moritz got a job in Houston analyzing fatal car crashes. Moritz, a 27-year-old native of San Antonio, stood on Interstate 45, one of the most dangerous stretches of highway in the country, and documented how cars collided. One day in the fall of 2019, he learned that […] 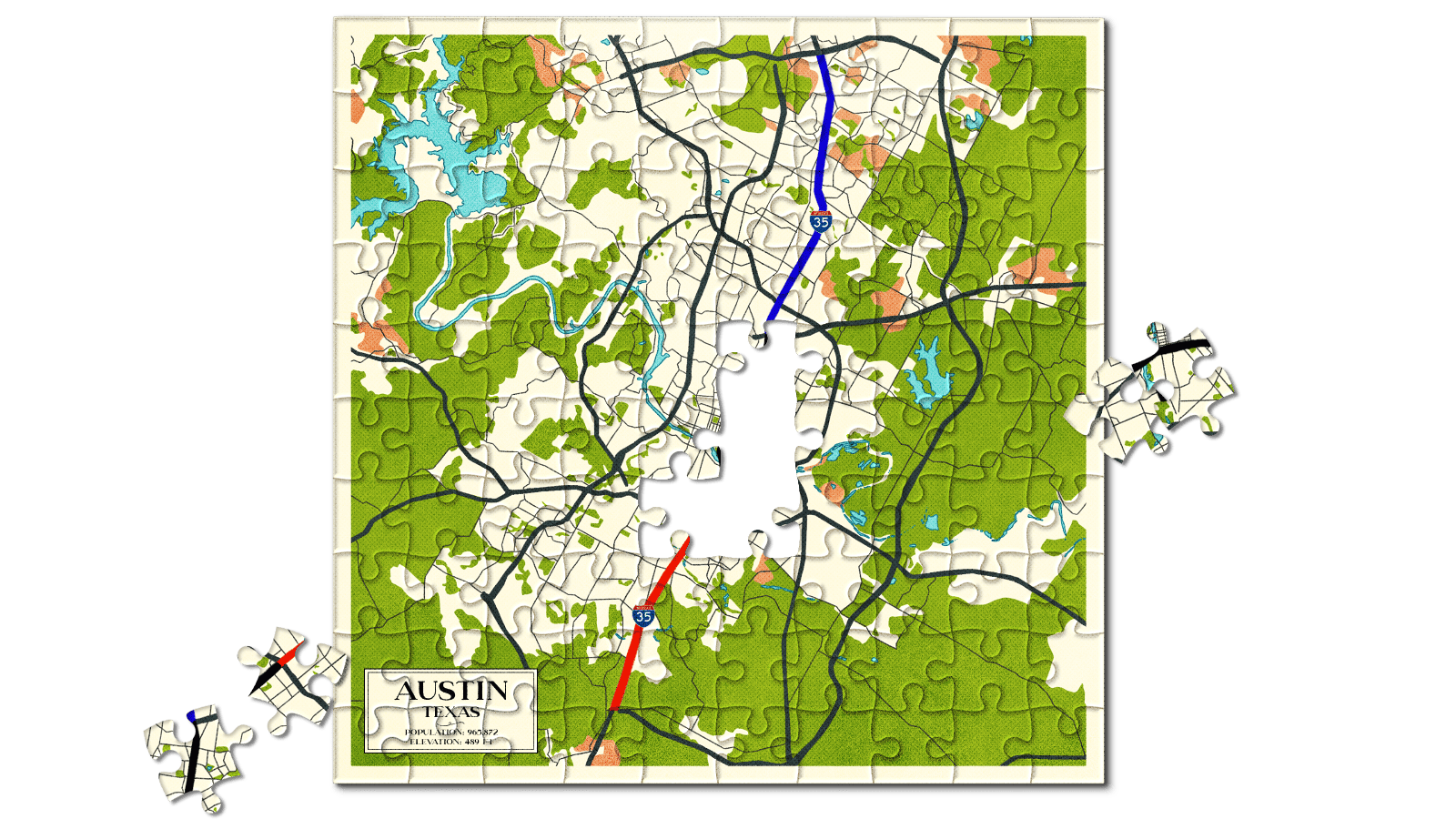