The Justice Department on Friday opened an environmental justice investigation into allegations that the city of Houston has failed to respond equitably to reports of illegal dumping in predominantly Black and Latino neighborhoods — drawing an angry response from the city’s mayor, who is Black.

Assistant Attorney General Kristen Clarke, who heads the civil rights division, said the probe will focus primarily on the northeast section of the nation’s fourth-largest city, including the neighborhoods of Trinity and Houston Gardens. Residents in those communities have voiced long-standing concerns over the dumping of furniture, tires, medical waste, automated bank teller machines, dead animals and even human bodies, officials said.

Since his appointment last year as the nation’s top law enforcement official, Attorney General Merrick Garland has sought to prioritize issues of environmental justice, announcing the creation in May of a Justice Department office to help coordinate the federal government’s legal strategy. The Houston case, officials said, was prompted by a 65-page complaint from Lone Star Legal Aid, which alleged that the city has denied services and failed to enforce municipal codes in some neighborhoods.

“The complaint we received indicates the issues extend back years,” Clarke said. “It’s deeply troubling to see the reports of the items regularly dumped and abandoned in Black and Latino communities.”

But Houston Mayor Sylvester Turner (D) rebuked the Justice Department, calling the federal investigation “absurd, baseless, and without merit.” Turner, who took office in 2016, said his administration has prioritized the needs of communities of color that have been historically underserved.

‘Environmental racism’: How a protest in North Carolina nearly 40 years ago sparked a national movement

In a statement, Turner said his administration has installed cameras to catch violators and has spent millions of dollars on bulk waste removal. The city last year doubled the fines for illegal dumping from $2,000 to $4,000.

“This DOJ investigation is a slap in the face to the City and the many people who diligently work to address illegal dumping daily and prevent environmental injustice,” Turner said.

Turner said his office would cooperate with investigators, professing confidence that they will find that Houston “does not discriminate in its responses to neighborhood health and safety issues.” He said his administration did not receive the courtesy of an advance notice from the Justice Department.

Federal officials said investigators have requested data from Houston’s 311 city services center to determine whether there has been a pattern of neglect of calls from certain sections of the city. The probe will focus on the city’s Department of Neighborhoods, the police department and the solid waste management division, all of which receive federal funding.

Under Title VI of the Civil Rights Act of 1964, jurisdictions that receive federal funding are barred from discriminating on the basis of race, color or national origin.

Huey German-Wilson, president of Super Neighborhood 48, a community group that represents the affected areas, said she cried with relief upon hearing of the Justice Department’s intervention. She said residents have tried to work with city officials to fix problems they have identified with the 311 system, to no avail.

“We’ve been working on this for seven years in earnest. We saw illegal dumping as one of our No. 1 nuisances,” German-Wilson said, citing one case in which residents reported more than 200 tires in a space about the size of a football field.

Lone Star Legal Aid filed its sweeping complaint to several federal agencies, including the Commerce Department, the Department of Homeland Security and the Department of Housing and Urban Development. The organization included a broader set of concerns, such as a lack of economic development, including grocery stores, and a need for more parks and recreational spaces. Justice officials held a conference call with representatives from those agencies and community leaders in April.

In a follow-up letter to the Justice Department this month, Amy Catherine Dinn, an attorney for Lone Star Legal Aid, cited ongoing problems with Houston’s service call line, despite the city’s efforts to implement a new system, writing that the 311 reporting system “remains broken.”

“In America, your Zip code often is a key determinant of your cancer risk … and even your expected life span,” said Todd S. Kim, assistant attorney general for the Justice Department’s environment and natural resources division. “It’s true that any of us could be exposed to environmental contamination, but it’s also true that communities of color, low-income communities and tribal communities bear these hardships disproportionately.”

Sun Jul 24 , 2022
For the second time in two years, the World Health Organization has taken the extraordinary step of declaring a global emergency. This time the cause is monkeypox, which has spread in just a few weeks to dozens of countries and infected tens of thousands of people. Dr. Tedros Adhanom Ghebreyesus, […] 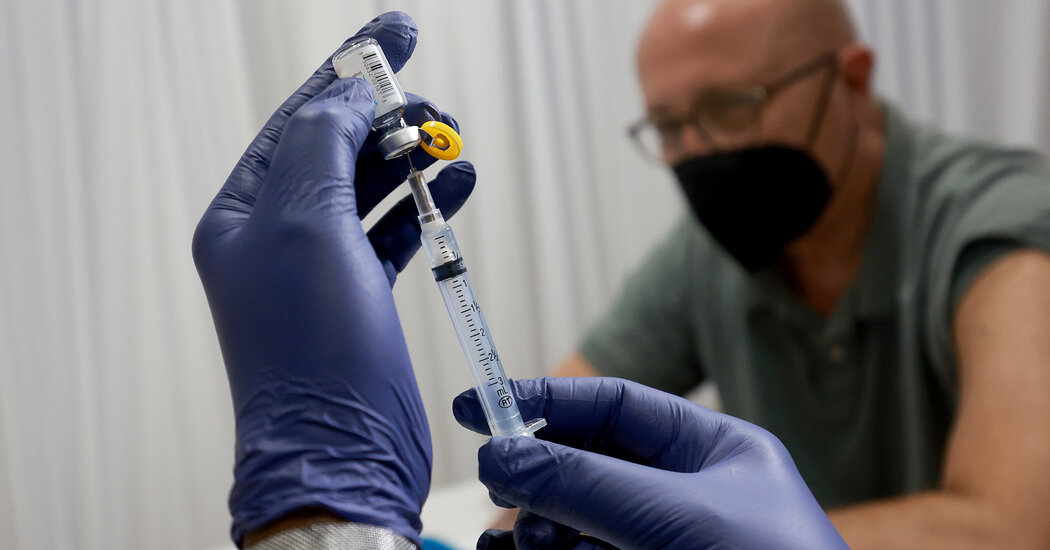