WASHINGTON — The Biden administration has grown increasingly anxious this summer about China’s statements and actions regarding Taiwan, with some officials fearing that Chinese leaders might try to move against the self-governing island over the next year and a half — perhaps by trying to cut off access to all or part of the Taiwan Strait, through which U.S. naval ships regularly pass.

The internal worries have sharpened in recent days, as the administration quietly works to try to dissuade House Speaker Nancy Pelosi from going through with a proposed visit to Taiwan next month, U.S. officials say. Ms. Pelosi, Democrat of California, would be the first speaker to visit Taiwan since 1997, and the Chinese government has repeatedly denounced her reported plans and threatened retaliation.

U.S. officials see a greater risk of conflict and miscalculation over Ms. Pelosi’s trip as President Xi Jinping of China and other Communist Party leaders prepare in the coming weeks for an important political meeting in which Mr. Xi is expected to extend his rule.

Chinese officials have strongly asserted this summer that no part of the Taiwan Strait can be considered international waters, contrary to the views of the United States and other nations. A Chinese Foreign Ministry spokesman said in June that “China has sovereignty, sovereign rights and jurisdiction over the Taiwan Strait.”

American officials do not know whether China plans to enforce that claim. But Senator Chris Coons of Delaware, who is close to President Biden and deals with the administration often on issues involving Taiwan, said “there is a lot of attention being paid” to what lessons China, its military and Mr. Xi might be learning from events in Ukraine.

“And one school of thought is that the lesson is ‘go early and go strong’ before there is time to strengthen Taiwan’s defenses,” Mr. Coons said in an interview on Sunday. “And we may be heading to an earlier confrontation — more a squeeze than an invasion — than we thought.”

Chinese officials are aware that Biden administration officials, also applying lessons learned from Russia’s invasion of Ukraine, are trying to shape their weapons sales to Taiwan to turn the democratic island into what some call a “porcupine” — bristling with enough effective armaments and defense systems to deter Chinese leaders from trying to attack it.

U.S. officials say they are not aware of any specific piece of intelligence indicating the Chinese leadership has decided to move soon on Taiwan. But analysts inside and outside the U.S. government are studying to determine what might be the optimal time for China to take bolder actions to undermine Taiwan and the United States.

A central question is what top Chinese officials think of the evolving strengths of the Chinese military relative to those of Taiwan, the United States and regional U.S. allies that include Japan and South Korea.

Gen. Mark A. Milley, chairman of the Joint Chiefs of Staff, said last week that the Chinese military’s behavior in the Asia-Pacific region was “significantly more and noticeably more aggressive.”

Chinese officials have denounced a steady stream of visits by senior U.S. officials to Taiwan, which Beijing sees as being akin to formal diplomatic engagement with the island. Ms. Pelosi had planned to visit in April but postponed after her aides said she had tested positive for the coronavirus.

“If the United States insists on going ahead, China will take firm and resolute measures to safeguard national sovereignty and territorial integrity, and the U.S. will be responsible for all of the serious consequences,” Zhao Lijian, a Chinese Foreign Ministry spokesman, said at a regularly scheduled media briefing on Monday.

U.S. officials said the planning for Ms. Pelosi’s trip was moving ahead despite the rising furor over it.

Read More on the Relations Between Asia and the U.S.

Ms. Pelosi would be likely to fly to Taipei on a U.S. military aircraft, as is typical of such visits. Some analysts looking at Chinese denunciations of the proposed visit say that China could send aircraft to “escort” her plane and prevent it from landing.

This scenario is a legitimate concern, U.S. officials said, though it is improbable, and any such move would be seen by Washington as a serious escalation. The officials interviewed for this story spoke on the condition of anonymity because of the sensitivities over diplomatic matters.

Ms. Pelosi said last week that she does not publicly discuss travel plans, but that “it’s important for us to show support for Taiwan.”

During the Trump administration, a cabinet member and a top State Department official became the highest-ranking U.S. administration officials to visit Taiwan in a working capacity since 1979, when Washington severed diplomatic ties with Taipei in order to normalize relations with Beijing. Newt Gingrich was the last House speaker to visit Taiwan, 25 years ago.

Asked by reporters about the proposed visit, Mr. Biden said last Wednesday that “the military thinks it’s not a good idea right now.” He also said he planned to speak with Mr. Xi, the Chinese leader, in the next 10 days. The two last spoke by video call in March, when Mr. Biden warned there would be “implications and consequences” if China gave material aid to Russia in its Ukraine offensive.

Mr. Xi and other top Chinese officials and Communist Party elders are preparing for the party’s 20th congress in the fall, and they are expected to hold secret meetings in August in the seaside resort of Beidaihe ahead of the formal conclave. Analysts say Mr. Xi will almost certainly break with norms by seeking to serve a third term as president and extending his tenure as party secretary and chairman of the Central Military Commission.

“The domestic political situation in China right now is extremely tense in the months before the party congress when Xi hopes to be approved for an unprecedented third term,” said Susan L. Shirk, a former senior State Department official and author of “Overreach,” an upcoming book on Chinese politics.

“The risk is that the visit by Speaker Pelosi will be perceived, including by Xi himself, as a humiliation of his leadership and that he takes some rash action to show his strength,” she said. “What’s more, in view of his recent misjudgments that have harmed the country and sparked internal controversy — the draconian approach to Covid management, aligning with Russia’s war in Ukraine, and the crackdown on private business — we can’t count on his prudence in his military response to Pelosi’s trip. Better to postpone rather than risk war.”

Pentagon and White House officials have been discussing the political environment and potential risks of the trip with Ms. Pelosi’s office. Officials say it is up to her to decide.

Shi Yinhong, a professor of international relations at Renmin University of China in Beijing, said that Beijing would aim for a military response that would be seen as strong, but not so aggressive that it would provoke a larger conflict.

“I don’t think anyone can predict in any detail what China will do militarily,” Mr. Shi said.

Hu Xijin, former chief editor of Global Times, a nationalistic newspaper published by the Communist Party, wrote on Twitter that Chinese military warplanes might shadow Ms. Pelosi’s plane and cross into Taiwan-controlled airspace over the island. He also said China’s actions would amount to “a shocking military response.”

Analysts say China could do something less provocative. It could, for example, send aircraft across the median line down the middle of the strait separating China and Taiwan, as it did in 2020 in response to a visit by Alex Azar, then the U.S. secretary of health and human services.

Chinese fighter jets have crossed that line and flown into the island’s air defense identification zone with increasing frequency since 2020.

On Monday, Joanne Ou, a spokeswoman for Taiwan’s foreign ministry, said Taipei had not received any “definite” information about Ms. Pelosi’s visit.

Officials and lawmakers from Taiwan’s two main political parties have welcomed any such visit by the speaker.

“Speaker Pelosi has many admirers in Taiwan, and her visit would be a strong statement of American support of Taiwan democracy,” said Alexander Huang, the Washington representative of the Kuomintang, the opposition party.

Many in Taiwan worry that if the trip is canceled, it would give Beijing the impression that its intimidation tactics work.

In Washington, some Republican lawmakers have publicly urged Ms. Pelosi to go ahead with the trip as taking a stand against China.

Ivan Kanapathy, a senior associate with the Center for Strategic and International Studies and a China director on the National Security Council under Presidents Trump and Biden, said canceling the trip could undermine Washington’s attempts to strengthen Taiwan’s relations with other democracies and efforts to boost its profile in international organizations and venues.

“A big part of why China worries about what the U.S. does is because we open up space for others,” Mr. Kanapathy said. “And that’s what China really worries about the most — more legitimacy for the Taiwanese government in the international community.”

Some analysts say there are less risky ways to demonstrate support for Taiwan. Washington could send a top military officer, for example, or sign a bilateral trade agreement, which could help the island reduce its economic reliance on China.

U.S. military officials say a sea-and-air invasion of Taiwan would be difficult for the People’s Liberation Army to pull off today. If China did move earlier than expected against Taiwan, it could do so piecemeal, perhaps by first invoking their recent declaration on the status of the Taiwan Strait and conducting a limited operation to gauge Washington’s reaction. Another theory is that Beijing might try to seize an outer island close to China’s coast.

American officials say it is unlikely that the Chinese government has decided what operation, if any, to carry out. But it is a subject being regularly simulated and war-gamed in Washington.

Jake Sullivan, the national security adviser, said Friday at the Aspen Security Forum that Taiwan was learning from Ukraine. After years of buying expensive defense systems, he said, Taiwan was paying more attention to “citizen mobilizations” and “information warfare.” 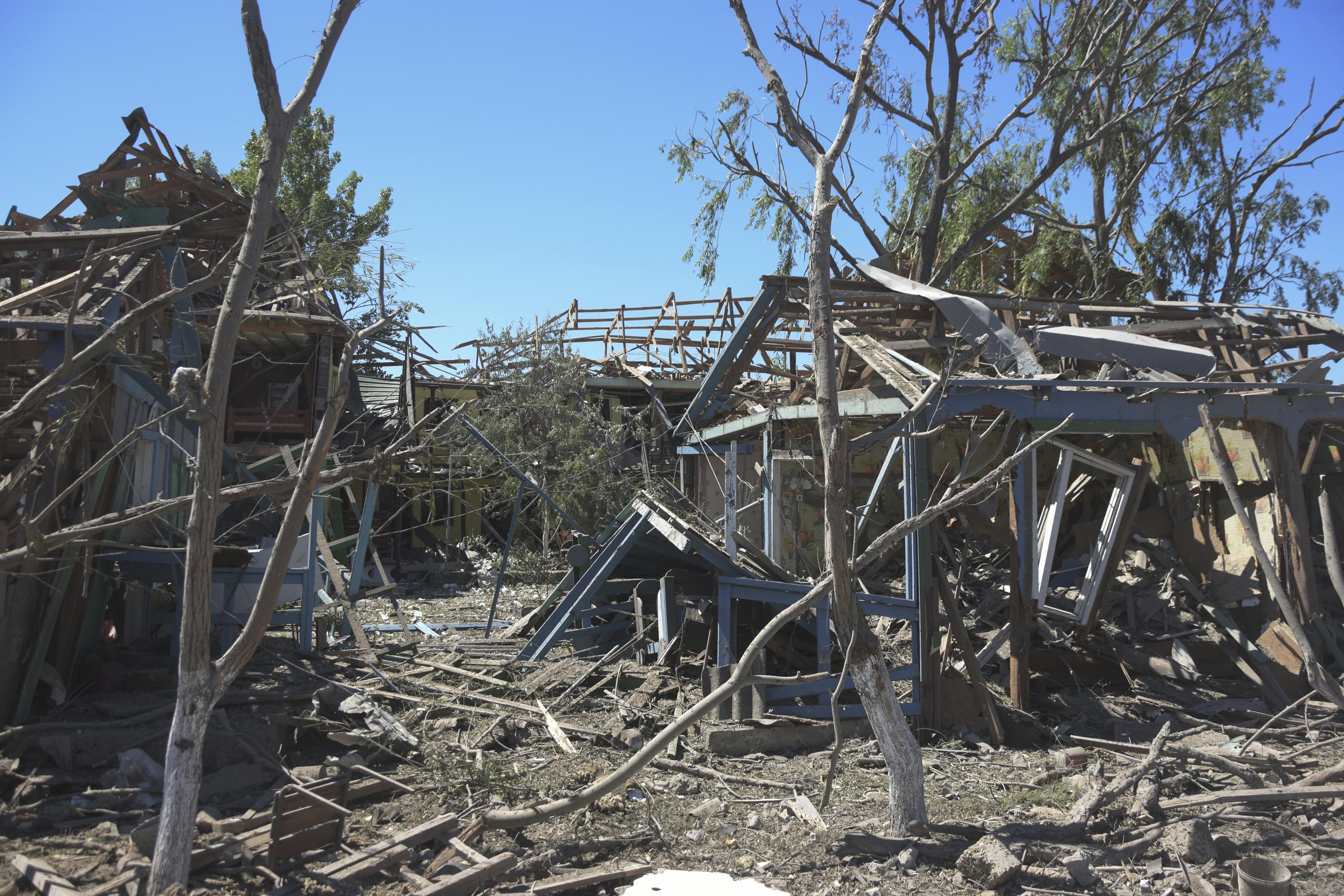